What are the Foods you Remember from Childhood?

A Tastee with Onion Chips and dip, hands down. We usually had them when our large extended family gathered at my grandparent’s house in Sioux City, Iowa. Someone would run down to a little locally-owned drive-in, “Tastee In-and-Out” (they are still in business! http://www.tasteeinnandout.com) and pick up bags full of what we called

“Tastee’s” (also known as loosemeat sandwiches or taverns) and Onion Chips with dip.

The loosemeat sandwich/tavern, is a tradition in Iowa…we even had them on the menu at school. Ye Old Tavern, in Sioux City, Iowa, started serving them in 1934 (according to

wikipedia they originated in Missoula, Montana but were imitated by and became famous at Ye Old Tavern). It’s a bit like a Sloppy Joe, where the meat is cooked loose rather than packed in patty form like a burger, but not saucy. When served the traditional way, a loosemeat/tavern is put on a plain white burger bun with regular yellow mustard and dill pickle chips. It’s wrapped in paper and eaten from within the paper so that the meat doesn’t fall out.

We’ve served them a few times at the Pasco location but didn’t get a lot of takers…I think just not knowing what to expect, customers opted for the familiar Magill’s fare. Most people who tried them, though, loved them. One couple even opted to serve them at their wedding reception which I loved because it was done in a frou frou winery setting…loosemeat sandwiches, potato chips, baked beans and potato salad! But the pièce de résistance for me was when a gentleman, after eating one of our “Tastee” copycats at a community event, came back to our booth and told me that it reminded him of sandwiches he and his Grandpa used to eat at a little place in Sioux City, Iowa…seriously! How awesome to bring back that memory for him.

Every time we go back to visit family in Nebraska, we trek to Sioux City in homage of Tastees, Onion Chips and dip. The last time we were there we sat down at one of the outdoor picnic tables (there is no dining room at Tastee) with a few ladies who said they were old friends from High School and had come from all over the country to reunite and just HAD to have Tastees. Yes, they do have a cult like following LOL. 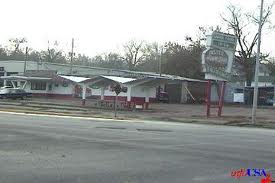 This entry was posted in Uncategorized.

Wednesday’s are for wine 🍷 During the quarantine, you can get any two bottles of wine from our wine list for $45 #goodeats #comfortfood #richlandwa #richland #pascowa #pasco #kennewick #kennewickwa #tricitieswa #tricities #pnw #wa #washingtonstate #breakfast #lunch #dinner #rd68 #road68 #drinklocal #winecountry #redmountain #pnwwine #wine #vino #washingtonwine #columbiavalley
Happy Memorial Day. Thank you to all the brave who have sacrificed for our freedom and country. We are open for business today till 8pm. 🇺🇸
Don’t forget to order you beer or cocktails with your food to cheers the weekend in!
🍹 INTRODUCING MAGILL’S PRE-MIXED COCKTAILS 🍹 : You can now order any of our menu cocktails, served in a mason jar, along with a complete meal. Bloody Mary | Pickle Mary | Hot Mama Mary | Mimosa | Man-Mosa | Strawberry Pineapple 🍍 Mimosa | Malibu Mimosa | Margarita | Long Island Iced Tea | Magill’s Hard Lemonade | Magill’s on the Beach | Tropical Party 🎉 | Well Drinks | 16 draft beers | bottles of wine Customer Notice: Pre-mixed alcoholic beverages that are packaged by this establishment may not be consumed in a motor vehicle or transported in a motor vehicle except in the vehicles trunk; or, if there is no trunk, in some other area of the vehicle not normally occupied by the driver or passengers (this does not include a utility compartment or glove compartment, but may include underneath a seat outside of the drivers reach). RCW 46.61.519
FLAVOR UPDATE!!! We now have the following ice cream flavors from the WSU Creamery available by the pint. -- Cappuccino Chip: coffee ice cream & chocolate espresso chips -- Tin Lizzy: vanilla, caramel swirls & chocolate covered toffee -- Cougar Tracks: vanilla, swirls of fudge & peanut butter cups -- Apple Cup Crisp: a vanilla and apple flavored ice cream with caramel and oatmeal cookies -- Huckleberry Ripple: Huckleberry ice cream with a huckleberry swirl -- Chocolate Cookie Dough: Chocolate ice cream with chocolate chip cookie dough -- Chocolate Peanut Butter: Chocolate ice cream with swirls of creamy peanut butter Don't forget we also have Cougar Gold Cheese available!
We have special Mother's Day Brunch options! Whether Mom wants food or drink, we got you covered. We are taking preorders NOW for takeout! Please call (509) 547-6448 : : : : : #mothersday #mothersday2020 #pascowa #tricitieswa #sunday #mom #magillspasco #tricitiesfood